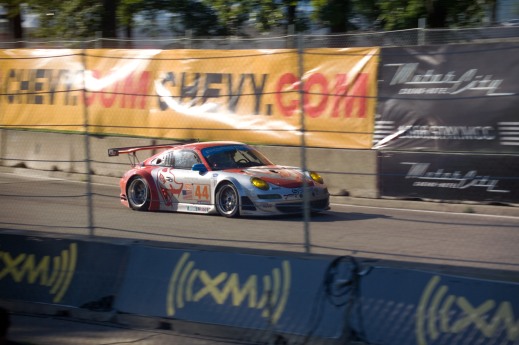 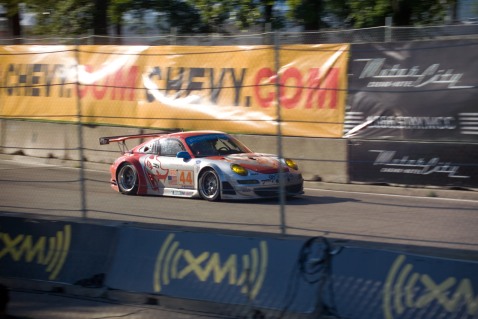 I always looked down my (Roman) nose at cameras made by film manufacturers. Who would have thought, then, that after 18 years of photography with real cameras, that I would own a Kodak (14n) and a Fuji (GSW690III)? After a few weeks with the DCS 14n, and months of reading petty complaints about it, it’s time for the blow-by-blow. The 14n is a harsh mistress, but imagine some of the tricks she knows by now:

This is the most important part, so let’s knock that part off first. The 14n has an absolutely fantastic CMOS sensor. It’s not fast at a native speed of 80 and a maximum excellent picture speed of 160, but since when were fast film or fast CCDs any good. The sheer size of the gives you some distinct advantages.

Is there noise at high gain (ISO settings like 400)? Yes, but not as obnoxious as you would be led to believe from reading on the Internet. Does it take a ton of in-camera processing to make 35mm lenses designed before digital was even thought of work properly on a chip? Yes. Does the Kodak system achieve it? Remarkably. Are the results worth it? Hell yes.

The main user interface is pretty good but not phenomenal. The VF covers 92% of the frame. It’s not as bright or clear as an F3 or F4, dimmer than an F5 and about on a par with the F100. It’s adequate but not exceptional for manual focus operation. At least it has a real pentaprism, sucka… Let’s face it, viewfinders aren’t what they used to be. Put an E screen in an F4 and you’ll see what I mean.

The info readouts are highly legible green LEDs. The focus point (selecable from center, left, right, up or down) is indicated by an LCD bracket that lights up red in low light. There are no more left and right arrows for out-of-focus direction. The flash indicator is an eyecatching red color. There is also an indicator to show metering mode (spot, center, matrix).

In a trick that I find pretty cool, the entire viewfinder dims and blurs (and the focus points and metering reference circle disappear) when you pull the battery out of the camera. Wow. Guess there’s no picking this one up and forgetting the power source. I suspect that this is what drains the battery when you leave the battery in, even when the camera is off.

Outside the F5, Nikon focusing comes in two flavors. Smart or strong. The smart sensors are found on things like the F80 and F100 and seem designed to drive AF-S lenses by quickly computing focus. Call this the BMW 318 theory. The strong motors are found in older bodies like the F4, where the detection and computation is not so strong, but the motor has a lot of torque. Call this the Pontiac GTO school. Based on my tests with some AFS and non-AFS lenses, my conclusions were:

Focusing is extremely accurate. The AF brackets are huge in the F80/14n/etc., making selection of focus as a point on the subject a somewhat uncertain from the user’s end in looking through the viewfinder. You just have to take it on faith. It works. If the light gets really bad, you can turn on a white AF illuminator light. Your subjects will hate you for using it. Capture their scowls. Other than using the electronic rangefinder function, manual focusing is a vestigial capability in the viewfinder. The focusing screen has neither the brightness nor the matte surface required to do the job. This is really too bad; had this been an F4s platform instead, the focusing would have been great.

Size and weight. If you are used to professional-sized cameras like the F4, F5 and EOS-1n, why do you think that this camera is big and heavy? The bottom pod (for lack of a better word) houses a huge-capacity battery, a Compact Flash Type II card (or Microdrive). This camera is not as big as it looks in pictures, and it is in fact quite light compared to an F4s. I’m sorry that it can’t have that blowaway, throwaway feel of the Digital Rebel – and with telephotos and even the heavier wides, you actually want some weight on the camera end. The amount of hardware necessary to replicate 35mm film in performance is something that should be sobering to people who think that one day Leica is just going to bring out a digital back someday for the M cameras.

Battery Life. With the current version of the firmware (4.5.x), little use of the LCD, and the shortest meter-off setting, I was able to have the camera sit turned on for 7 hours and then shoot 132 14Mp RAW files and about 78 1Mp JPGs (recorded simultaneously with the RAW). I then secure-erased the microdrive (i.e., the camera wrote and rewrote the entire 1Gb several times) then quick formatted both it and the 256Mb Secure Digital card. Not too shabby for a battery that charges in about an hour. Three batteries would pretty much cover it for a really long day’s shooting.

Card Capacity. The camera has a nice separate LED display counting down available frames. RAW files are computed using the full-freight size (14Mb), but they are stored compressed. Typically, on a 1Gb Microdrive, this means about 90-96 frames per 1Gb card – roughly equivalent to 4 rolls of 135-24 film. Or, if I was reading the display right, over 1,300 1Mp JPGs.

Burst Capacity. Camera write speed with a a Hitachi 1Gb Microdrive clocked at 4Mb/sec, about as fast as any Compact Flash device. You can shoot 6-7 RAW frames continuously before the 256Mb buffer fills. You can then shoot the next picture 5 seconds later. The camera continuously writes to the storage devices. If you are shooting simultaneous RAW and low-res JPEG, you can take 2 frames about every 15 seconds, which is not bad unless you are shooting a war. In-camera JPG is pretty rough on speed and battery power. Given that you really want to use Photodesk to do the hard-core processing, you can probably skip the in-camera JPG.

In terms of transfer rate to the computer, popping that Microdrive into a USB card reader and letting her rip takes about 20 minutes. I’m sure that a firewire reader would be faster. This camera does not mount as a Firewire drive through its computer connection; that connection only exists to let Camera Manager read the files in the camera.

Shutter Release. Thank God for small favors. The main shutter release is threaded for a standard cable release; there is also a Nikon MR-3/etc. terminal on the bottom. There is a vertical release that is only active when the camera is… vertical. Cool. No more having the thing go off by accident when you grab the camera.

Ok, screw that technical stuff. So how well does it do black and white? The short answer is that it does pretty well, although it’s not like shooting T-Max 400 on a 6×9 camera. If you know what you are doing with film and conventional printing, you will be able to deal with the 14n. The first way is that you can pretty smoothly adjust perspective with a huge digital file. The picture below was taken with a 20mm f/2.8 AF Nikkor. 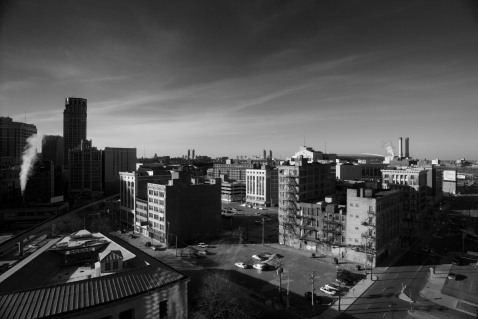 The second way is that because you are shooting onto a smaller sensor compared to a medium-format camera, wideangle lenses are shorter, faster, and have a lot more depth of field. This is the reverse of the problem with DX lenses. 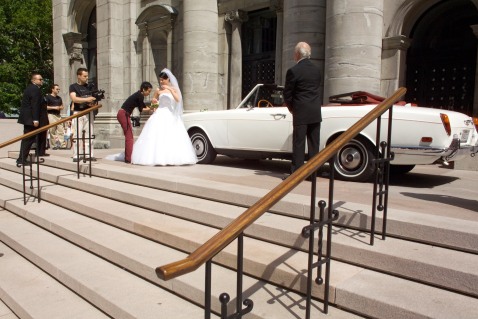 The third is that filtration doesn’t really matter that much – nor can you readily duplicate it in digital. Stick around this camera and you will have to learn a lot more about contrast control than you probably ever cared to.

BS Internet gripes. Ok, since this is what you were waiting to see. Like any Internet rumor (Hexar RF, anyone?), the gripes concerning the 14n are pretty overblown.

So get over it!

How does it compare to the Fuji S2? There is no comparison. The Fuji has low noise for fast shots, and that’s it. The Kodak has better software, higher resolution, and no crop factor. The Fuji — if you can find it — no longer has a price advantage (the difference is a scant $600 — and I actually paid less for a 14n than what you can buy the S2 for…) and that advantage is destroyed by the fact that you have to refit the short end of your line.

How does it compare to a Canon 1Ds? The grass is always greener. If you dig up a Canon 1Ds bulletin board, you will see all the complaints about it – including some pretty serious chromatic aberration with wideangle lenses and not-so-good software. For all of the Kodak’s noise faults, its omission of microlenses spares the wideangle user this issue. And the 1Ds costs $8,000, which is three times what the Kodak costs. Unless it’s a writeoff on your taxes, your money ($5,500) is better spent on four European vacations or a couple of trips to Asia to use the equipment. The one thing that the 1Ds does have is a little tougher body — but the kind of spill that would damage the 14n would also damage the 1Ds.

How does 14mp compare to film?  This is a difficult question to answer, because there is no single answer.  Digital camera manufacturers generally claim that anything is as good as medium format, and people’s opinions of what is enough resolution tend to center on the minimum that does not look bad.  150dpi can do for passable prints for some people.  72dpi, or one megapixel is enough for any on-screen application.  If all you are doing is web work, the 14n is serious overkill in every department, not the least of which is price.

But for prints, you have to arrive at a minimum acceptable quality level. We can pretty safely assume that a Fuji Frontier minilab print (scanning 35mm film and digitally outputting to photo paper at 302dpi is a pretty good benchmark.  So we should see how big a 14n print can get and still maintain that resolution. A 14 megapixel (4500×3000) image, translated to a 6×9 inch print (dividing the long side of the image in pixels by the long side in inches), equals 500dpi.  At 8×10, it equals 450dpi.  At 11×14, it is 321dpi.  Bearing in mind that 11×14 is pretty much the practical limit for enlarging 35mm film (except for 35mm film the limiting factor is the grain), you realize that the 14n can reasonably hold its own with 35mm film in terms of enlargeability.

On the other hand, claims that any digital system under 14mp is competitive with medium format is a little bit suspect. Here is a simple table for people who want arbitrary answers, based on my observations.  These DO NOT apply to cameras with less than the 14n’s pixel count.