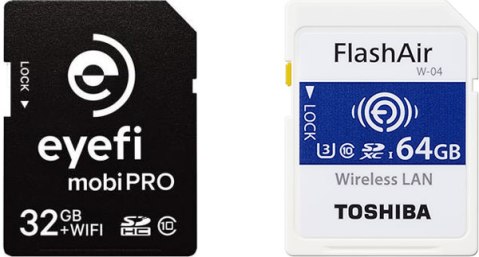 Life has many existential questions and then some simple annoyances: why is the built-in WiFi in so many cameras so terrible? My Sony a6300 requires QR codes, wireless connections, and clunky built-in applications (as well has having the even more kludgy Sony PlayMemories application on the receiving device). Sometimes the simplest solution is not proprietary, and that is where we come to wireless SD (actually SDXC) cards.

Eyefi was a Finnish company that pioneered the idea of the wifi-enabled SD card. The idea was to make a small card that had a short-range 802.11 connection that could interface to a computer. Before long, the focus became transmitting to handheld devices.

In theory, all wireless cards count on the tolerance of a camera for staying powered up until disk operations are finished. In practical terms, this means that the wifi component in the card is activated by reading or writing a certain amount of data to the card, and the camera does not go to sleep until the transmission is complete (or some number of minutes passes, and the camera says “enough is enough!”).

Eyefi was not a tremendously easy system to set up on a handheld because it installs a WiFi profile (ID and password). This required you to enter a code on the back of the box into the handheld application, have your phone install the profile, go to WiFi settings, connect to the Eyefi card (assuming it is powered on) and then activate the Eyefi Mobi application.

From there, and assuming you were out in the wild, and your handheld could not see any other networks to which it could auto-connect, it would automatically connect to the Eyefi card. You would have to launch the Eyefi app to get transfers to start.

In general, the Eyefi setup worked (and works), except for a few caveats:

The Eyefi Mobi and Mobi Pro cards were a bit easier. The orange Mobi only transmits JPGs (you need to plug it into an SD reader to get RAW), and the black Mobi Pro would transmit both. But the speed still maxed out at Class 10, still not fast enough for a Leica, where sometimes they work, sometimes they don’t, and when they don’t, they lock up the camera until you remove the battery.

The Eyefi situation, oddly, changed for the better with the reorganization of the company. The technology end (the patents) went to Toshiba. Keenai took over the software end and designed a (free) mobile application that far more reliably connected to the card and downloaded pictures far faster. While on paper, the deal between the companies was cross-licensing, the reality is that Eyefi cards are out of print.

Toshiba took over with its FlashAir series where Eyefi left off. True to Japanese corporate form, it put out its own clunky (and frankly indecipherable) handheld application. FlashAir. To its credit, the application allows you to see thumbnails (JPG and pink boxes for RAW) that allow you to selectively pull (as opposed to having the card push) files. This avoids the usual wait for the good shots while the card pushes all of your bloopers to your handheld.

The FlashAir W-04 (the current model, for some reason only available in Asia – in the U.S., you get the W-03 – but you can buy the W-04 all day on Ebay…) is in many ways better than the Eyefi Mobi Pro.

First, it skips the activation codes and profiles and lets you just punch in an 8-digit password (which you can change via the handheld app) when you connect to its wireless signal. I would not recommend changing this password because the risk of someone in your immediate proximity stealing your images is far smaller than the risk of forgetting the password and bricking the card.

Second, on Keenai, it is zero-configuration. It sees the phone is connected to a FlashAir card, and then it goes to town downloading everything (JPG and RAW). I think the assumption is that your phone will only be connected to one card at a time.

Third, the Toshiba cards seem to eat batteries less, although the effective range seems shorter. I am still testing this, but that kind of tradeoff would not at all be surprising.

Finally, the W-04 transfers about twice as fast as the Eyefi over WiFi, and its card write speed (UHS-3, which I measure at 63.3Mb/sec write speed) is high enough even to be reliable with the finicky Leica Ms. This actually makes them useful even when you don’t need WiFi connectivity. Speeds (as tested by me through the iMac 5K’s built-in card reader)

There are two last annoyances.

One is that iOS devices are hostile to the idea of strict priority lists for wireless. At home or work – where your handheld would be connected to a permanent network, you would want EyeFi or FlashAir cards to trump the local Wifi when they are active (since they are only active for shooting or file transfer). This is not a problem inherent to the cards themselves, but it makes using them less fun.

Second, wireless host programs like to store downloaded images in their own purgatory rather than dumping them all directly into your iOS photos storage. This means that you end up storing two copies of some (or all) pictures, eating into onboard storage. This actually is within the province of Keenai to fix.

With the maturation of wirelsss SD card card technology and of editing programs like Lightroom CC mobile, you can now actually get more done in more places. And yes, they even work with Sony cameras.

No love for the Empire? Leica Multifunction Handgrip M 14495 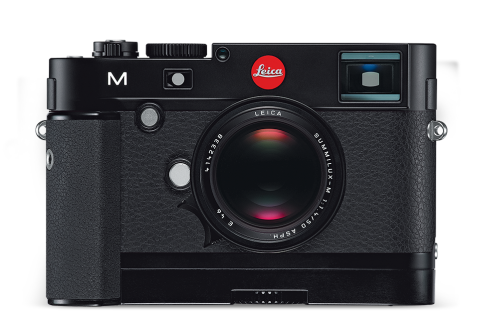 The Multifunction Handgrip M (14495), $895, is a depressing piece of hardware. It’s not the price or the alleged GPS slowness. It’s the depressing feeling that like a lot of things, the M camera reached its highest point of elaboration and now is on the path of decontenting that hit a lot of other types of consumer electronics.

Hello and goodbye. The story of this product is wrapped up with the M typ 240 (and its cousins the M-E 262 and Monochrom 246). The 240 was a watershed moment for Leica – the first time the M had actually become functional like other people’s cameras. It signaled a few firsts:

How many of these features made it to the M10? The front button. Now let’s see where the Multifunction Handgrip takes you:

But then there came the M10, thin like a 90s shoulder pad. No more video. No more need-to-keep-it-level landscape photography (apparently…). Smaller batteries, as if the thrill of living had gone.

Weight? The 14495 adds surprisingly little weight to the M. That’s because everything but the baseplate part is plastic. Naturally, the light grip does not change the balance of the camera, so you need to use brute strength (and grip) to keep big lenses level.

Grip? The ergonomics of this are something that grow on you. At first, you feel like it could be a centimeter taller to accommodate your index finger. But wait – that’s the one you need to press the shutter. It doesn’t take long to adapt to this grip, and it greatly enhances the handling of the camera with huge lenses like the 75/1.4. Every little bit counts, and an M is pretty slippery, even with the little nub grip built into its case.

GPS? It works. Just put your camera in standby, and within a few minutes, it will get a fix. Once it’s running, it seems to be pretty accurate.  A lot of people seem to complain that when it loses a signal, it continues to log its last known location. That’s actually beneficial when you go indoors (since you don’t want it to revert to a location in the center of the earth, for example).

“Near-field” communication. You always wanted this on a digital camera, but you didn’t want Android. Well, here you go. To get a wifi signal out of a card (like the Toshiba Flashair, which will be treated in a future installment), you basically need to have your handheld touching the top plate of the camera (which apparently is the most porous surface for radio waves.

Flash. Flash. Flash. So you want to know how well the 14498 SCA setup (another bazillion dollars) works? It consists of a bracket and an extension shoe. The idea of this product is to allow you to move the flash off camera both to enhance balance and to free up the hot shoe for an optical or electronic viewfinder. 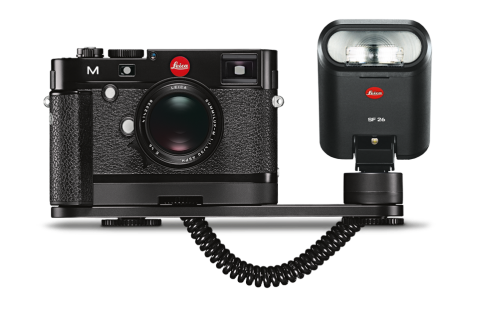 The disappointing thing is that there is no vertical grip piece, meaning that your flash head is much closer to the lens axis in landscape mode than you might like. So this works better out of the box with taller flashes like the SF 58 or 64.

The weird thing is the SCA plug, which is both unusual and insanely well built. It probably requires 200 different machining operations. But like the EVF connector, it’s proprietary, meaning that you have exactly one choice for off-camera work. The exit of the cord near the body of the camera body seems weird at first, but after you use it a bit, you wonder why Nikon screwed up so badly with the SC hot-shoe adapters, which have huge cords that on an M camera either end up blocking the viewfinder or getting in your face, literally.

But the good thing with the 14498 is that you can get and use your favorite old Vivitar handgrip – because the extension shoe detaches from the bracket. And can be used without the bracket.

Flash operation is unremarkable (as it should be). You do not get a flash-ready indication in the EVF if you have it attached, and shot to shot lag time is not affected.

Conclusion. The Multifunction Grip M, if you can score one used for under $400, is a pretty good item. At that price, it’s not quite as outrageously expensive as list, and it helps tremendously with heavy lenses. As to the SCA set, it’s a tougher call, unless you can get one for under $200. Where the grip gives you a standard PC connector, you can use any handle-mount auto flash you want (such as a Metz 45 series). Flash may or may not be in your personal program, but I would remind you that the higher-end Leica flashes do high-speed synch very well.